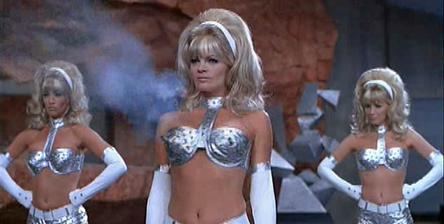 Ashley Madison Under Investigation, Admits Some Women Were Computer “Fembots”

Ashley Madison, the website branded for infidelity, has admitted some of the female profiles included on the site were not actual women but were in fact computer “fembots.” The admission comes shortly as Avid Life Media Inc., owner of Ashley Madison, announced it was under investigation by the Federal Trade Commission.

According to a news release from Ashley Madison, the use of fembots—computer programs that appear to be real female Ashley Madison customers—stopped in North America in 2014 and the rest of the world in 2015. But it’s still a problem for Ashley Madison because it means that men who were paying for features so they could cheat with real women may have actually been communicating with computer programs.

The fembot admission came as Ashley Madison announced a new president and CEO to help move the company forward. Last year, Ashley Madison was the victim of a massive data hack, with the hackers exposing the names and private information of around 30 million of the website’s customers. That information, according to <i>The New York Times</i> included customer names, phone numbers, and payment data. The hack had widespread consequences, including a pastor who reportedly committed suicide after his information was included in the leaked information.

The FTC does not issue statements about investigations so little is known about the focus of its inquiry. The agency could be looking into whether Ashley Madison took adequate precautions to protect customers’ identities or whether the company illegally used computer programs to convince men to pay for accounts by exaggerating the number of female accounts on the site.

The fembots were discovered after the newly announced CEO, Rob Segal, and president, James Millership, were approached to take over Avid Life Media. As part of their due diligence, the pair said, a team of independent forensic accounting investigators collected data on the practice of using computer programs to fake user profiles.

Ashley Madison is now in the middle of a massive rebranding—changing its focus from infidelity to relationships of all sorts.

“The company is truly sorry for how people’s lives and relationships may have been affected by the criminal theft of personal information,” said CEO Rob Segal in a news release issued by Avid Media. “That’s why we’re charting a new course and making some big changes.”